Before I tell you about all the fun Pride events happening around the bay this weekend I first want to address those of you who grumble things like “why do they have to celebrate pride?, I don’t care what you do behind closed doors, why do they always have to announce it?, and why do they have to use the word dyke?”.

Instead of boring you with my rant (because I could go on and on about this) I’m just going to say one thing.

Lesbian, gay, bisexual, transgender and questioning youth are up to four times more likely to attempt suicide than their heterosexual peers, according to the Massachusetts 2006 Youth Risk Survey.

Okay two things… for those of you who wish I wouldn’t be so “out”…  I get emails, tweets & Facebook messages from closeted people around the country thanking me for what I do. People terrified to come out of the closet because of their fear of how other people might treat them. People living is less tolerant places around this country and the world. People whose parents, friends and family have rejected them because they are gay. To quote Rodney King, “Why can’t we all just get along?” Just a thought: Maybe we could all start celebrating our commonalities instead of fighting about our differences. Imagine a world where we all get along.

Here are some of the gay Pride events going on this weekend:

Sunday, June 27, 2010
San Francisco Pride Parade
Kicks off at 10:30am
If you are coming from Marin be sure to take the special Pride Ferry leaving Larkspur at 8:45am.

SF Pride Celebration
Noon to 7:00 p.m. – Civic Center
The Backstreet Boys will be performing at the Main Stage! (located in Civic Center next to City Hall)

Visit: SFpride.org for more info about all Pride events.

Pride events in Marin & the North Bay
Faces of Spectrum

Photos from the 2009 SF Pride Parade 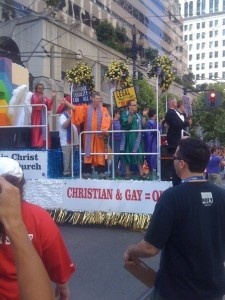 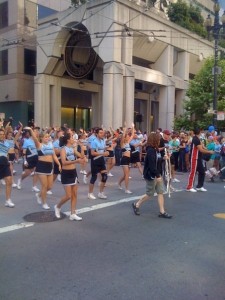 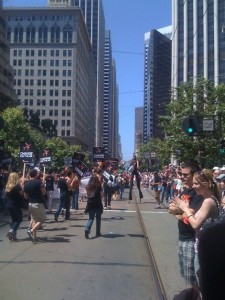 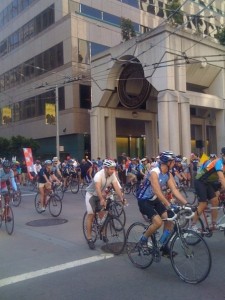