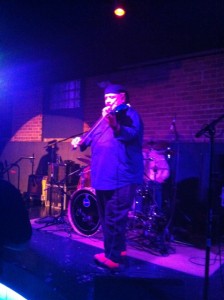 Thanks to @DrMichelleXO‘s wonderful idea, we brought the Marin TweetUp’s to a whole new level of fun.

Last night was the Girl’s Night Out Twitter Dance. Which basically means if you are a girl on Twitter in the local area you were invited.

Eight fabulous women showed up at George’s Night Club in San Rafael around 7:30pm to have a glass of wine and chat before the concert started. (@DrMichelleXO @CurtisFinancial @RebeccaElia @RuthWetherford @HylaMolander @Pobutler @Sally_K @alembic)

George’s Night Club in San Rafael is awesome! It’s been newly remodeled and is a great spot for dancing in Marin.

We were fortunate enough to see Roy Rogers & The Delta Rhythm Kings at George’s. We chatted and danced the night away. (One woman sitting nearby thought we chatted a little too much and little too loud. I think she thought she was a library instead of a night club.) We closed the place down!

Afterward we took a stroll down 4th street in San Rafael and headed to Yet Wah (Classic Chinese Cuisine). Nothing like a big plate of Chow Mein after dancing all night!

Yet Wah closes at midnight, we arrived at 11:50pm. They were nice enough to stay open for us.

I didn’t get a chance to take many pictures from last night because it was too dark, but I did get this video using my iPhone. The band was amazing!!!