About 15 years ago on the 4th of July I was ‘Sally IN the Bay’ instead of Sally Around the Bay. I was reminded of this the other day when I posted something about July 4th on Facebook and my mom commented saying,

“Remember the year you were Sally in the Bay?” 🙂

Every 4th of July the city of Sausalito puts on an awesome firework show that you can watch from the shoreline. Fifteen years ago, when I was younger and a little bit more adventuresome one of our friends invited us to join them on their boat. Our friend said his dad had a lake boat we could borrow to go out on the Bay and watch the fireworks. We thought this sounded like a really cool idea! Around 8pm, 7 of us met up in Sausalito and got on the tiny lake boat. Three guys and 4 girls.

Naturally because there were 7 of us we began singing the theme song to “Gilligan’s Island”. It was a chilly Bay Area night so I was dressed in my hip city girl clothes (keep in mind I was 25 at the time) that were not exactly practical boating attire. I had on BIG Dr. Marten boots (all laced up), jeans and one of those leather jackets with zippers everywhere (all zipped up). Stay with me, the outfit is important. 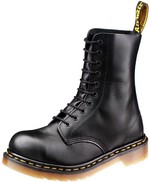 We were having a jolly old time, sipping beer while we sped out to the center of the Bay to get a good view (somewhere between Tiburon and Sausalito). As we were singing Gilligan’s Island the motor of the boat died and would not restart…

It was a choppy night out on the Bay and water started sloshing in to the bottom of the boat, good thing I had my Doc Marten’s on. But the motor still wouldn’t start and more and more water started slopping in. At this point, the boat owner (well the owner’s kid) said don’t worry this boat is designed not to sink….. while he was saying ‘sink’ the boat disappeared from under us and we were suddenly floating in the bay.

Well floating is not quite accurate, I was treading for my life because my Doc Marten’s filled with water & became huge heavy weights on my feet. The zipped up leather jacket and heavy Levi’s were not helping me stay afloat in anyway whatsoever. So there we were, 7 of us surviving in the Bay. Actually, 6 of us floating in the Bay while one friend went in to shock and was clinging to the sinking boat for her life.

At this point, the firework show began.

We saw a fancy yacht over yonder so we all started screaming for help. The people in the yacht finally realized we were screaming for help and not just shouting about the fireworks (it was really dark), so they threw a life boat over and sent their kid over to see what was going on. Kid realized what was happening and raced back to get dad who jumped in life boat and zoomed over to us as fast as possible.

Problem was this blowup boat definitely not big enough to hold 7 of us. The man (our hero) suggested we all put one arm on the side of the boat and swim with our other arm to help the boat move. The guys held on to his boat while I struggled to get out of my leather jacket using all my strength not to sink. Celia and the other woman went to help our friend who was SINKING with the boat. She was there clinging to the tip of the boat that was still afloat. My friend, who I like to think of as Super Woman grabbed her and swam with her to safety to the yacht. I finally got out of the jacket and felt incredibly free even though my feet were still large dead weights trying to pull me under. I was able to grab on to the lifeboat and so was Celia.

We made it back to the yacht and then were supposed to pull ourselves out of water up to to the ladder. I’m not sure how much my feet/shoes weighed at this point but despite my adrenaline rush I could not pull myself out of that water… my friend, Super Woman was already on the yacht with our friend who was in shock so she bent down and pulled me up with one arm. (Still wondering what the guys were doing this whole time…)

The lovely family that gave up their fireworks show to save us called the Coast Guard (who took 30 minutes to get to us). By the time the Coast Guard arrived Celia was already suffering from the first stage of hypothermia. Did you know our Bay is very cold?!

The Coast Guard put us in a nice heated room in their boat and wrapped Celia in blankets. They brought us to shore and lectured us a bit on being a little smarter next time. (I’ve pretty much avoided boats since that day.)

The next day my friends hired a rescue crew to rescue the boat. They found my stylin’ leather jacket floating next to the boat. The zippers were all rusty.

One thought on “Sally In The Bay”