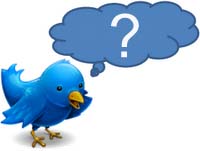 Seven years ago today, I co-hosted my first TweetUp and it was a magical experience that shifted the direction of my life. I came home that night happy and feeling connected to a group of humans I had just met in real life for the first time. That connection stuck. Many of the people I met at that first TweetUp, I now consider my best friends.

Now I am asking myself, “Is Twitter still magical?“.

I would say, Twitter is useful. It is where I go for information when there is a natural disaster, a world crisis, a big news event and most importantly where I go when I am feeling disconnected, misunderstood, invisible or like an outsider with IRL humans and want to connect with other humans who “get” me. Most of the time that happens. I will tweet a random thought and some kind soul picks up on it and responds.

Twitter doesn’t have the same feel to me as it did seven years ago. However, I will always be grateful for this tool that  helped bring new and wonderful humans in to my life at a time when I needed them. Humans that are now my community online and offline.

Is Twitter still magical? Maybe Twitter never was magical, maybe it was just the tool that helped make magic happen.

Thank you Twitter and thank you to all the adventurous souls who came out to that first TweetUp.