I made the mistake of reading the comment section of a newspaper article I was recently quoted in. (Visualize me: palm to face.) Missing the good old days when newspapers were only printed on paper and you didn’t have to hear what the trolls wer 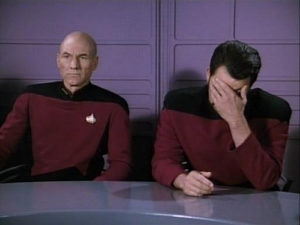 This article was about the new California guidelines adding lesbian, gay and transgender history to social science and history classes. One of the commenters was concerned about introducing the topic of sexuality to second graders. Nobody is talking about sexuality in the new guidelines! The topic that will be introduced to second graders is diverse families, ie. some families have two mommies, some have two daddies, some have just one mommy, some have a mom and a dad, etc… Nobody is talking about anybody having sex!

I personally feel it is important to include LGBTQ content in history lessons. It is a part of American (and World) history that actually happened! It’s not a liberal agenda, it’s a fact. I’ve heard the argument that parents feel it should be up to them when to discuss sexual orientation with their kids. This really is not about sexual orientation at all, this is about civil rights. I am willing to guess those same parents probably would not mind if their kids were taught about the history of interracial marriage, or, for instance the forced marriage of young girls in other countries. And, this curriculum is not just about marriage equality. It is important for kids to know that not so long ago it was illegal for a gay person to teach, be in the military and many other careers also closed their doors to LGBTQ people. It was legal to fire people who were gay! Did you know there are still more than 20 states where you can still be fired for being gay?

I remember raising my own kids here in “liberal” Marin County. I put liberal in quotes because 20+ years ago, many fellow parents, Marin residents were not comfortable with two women raising children. In fact, the schools couldn’t even accommodate our family in the directories. Their databases had one field for mother and one for father. We had to push to get both mothers names listed.

While raising the children, I was amazed at how uncomfortable other Marin parents were in explaining to their kids that our children had two mommies. It usually ended up being me, my partner or our kids explaining it. The kid’s friends would often ask questions like: Who are you? Are you their aunt? Are you the babysitter? Do you want to know how we explained it? She has two mommies, Celia and Sally. Kids response was usually Okay, Cool, or where is their daddy? Then we’d explain where daddy was and that was it. SIMPLE! No sexuality discussed here.

Finally, the fact that LGBTQ youth have a higher rate of suicide than other kids is more than reason enough to include the history of the LGBTQ civil rights movement in our curriculum. This knowledge could help these children not feel so alone.

Done with my rant.

Note to self: do not ever read the comment section on newspapers!

Thank you to Marin IJ reporter Janis Mara for writing the article.

Updated to add one of my favorite quotes:

“It is not the critic who counts; not the man who points out how the strong man stumbles, or where the doer of deeds could have done them better. The credit belongs to the man who is actually in the arena, whose face is marred by dust and sweat and blood; who strives valiantly; who errs, who comes short again and again, because there is no effort without error and shortcoming; but who does actually strive to do the deeds; who knows great enthusiasms, the great devotions; who spends himself in a worthy cause; who at the best knows in the end the triumph of high achievement, and who at the worst, if he fails, at least fails while daring greatly, so that his place shall never be with those cold and timid souls who neither know victory nor defeat.”
― Theodore Roosevelt