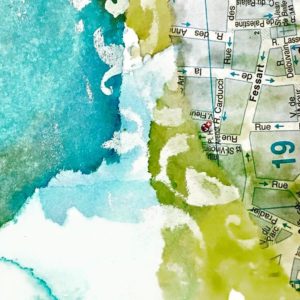 The secret to being a writer is to sit down and write. For some of us (well at least for me) sitting down and writing is easier said than done.

Sometimes it can be REALLY helpful to sign up for a writing workshop. It just so happens one of my favorite people is leading three West Coast workshops in 2017! If you are a writer who is currently suffering from writer’s block (like me), someone who has been thinking about writing but just hasn’t taken the leap yet, or you just want to kick off the new year in a new way I encourage you to sign up for one of these workshops.

My awesome and inspiring friend Tamara Holland, author of The Road Presents Itself will be teaching a workshop right here Marin County on Saturday, January 14, 2017! I heard it is almost sold out, so if you are thinking this might be something you want to try… sign up now!

Tamara is someone who is not afraid to take leaps and get out of her comfort zone, her sense of adventure and creativity are contagious. She has been an inspiration and mentor to me in more ways than she knows. Just being around her makes my creativity start to flow.

Besides the workshop in Marin County she will be holding two others: One on Whidbey Island in Washington and another one in San Diego, California.  (Adventure anyone? Road trip?)

Early bird discount: $95 for everyone who signs up by November 30. (Did you hear that?! Only $95! Time to give yourself the gift of getting out of your comfort zone and signing up for a writing workshop. YOU are worth it!) 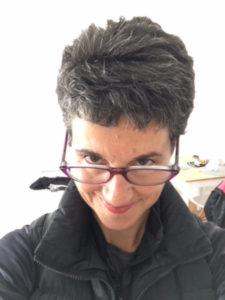 <— This is Tamara. She is cool! I met her on Twitter when she showed up to one of my TweetUps, I believe that was in 2011. She used to be a post-conviction death penalty defense attorney. Now, she is a traveling grandma who makes art, writes and has a magical life in both Croatia and California! She is also a good friend of mine, a confidant, someone I admire and someone who has continually supported and inspired me to get out of my own comfort zone, be creative and live life to the fullest.

You can find out more about her workshops here: https://tamholland.com/2016/10/27/best-writing-start-ever/

And, you can find her fabulousness all over the Internet here:

* Medium.com: tamaraholland . . . postings and pictures about life back-and-forth between Croatia and California