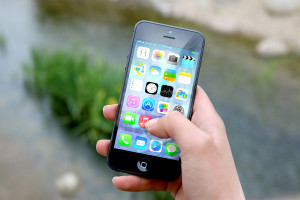 I remember all the concerts, plays, recitals, and other strange performances I sat through as a parent. Some were adorable. Some were awful! We laughed, cried, and sometimes rolled our eyes with the other parents.

The other day, I was at a local open air mall and there was a mid-day performance of young children singing. Their voices were so beautiful Celia and I actually stopped to listen for a few minutes. We were both impressed, looked at each other with faces of wow, they are really good!

Remember when you were a kid and on stage how you would look out into the audience searching for your parents? When you found them smiling back at you that would give you a sense of pride. When the show ended you would look to see their faces to find out if they were proud of your performance.

I am not trying to shame these parents. I very well would have done the same thing if smartphones had existed when my children were young. However, I would encourage parents to consider coordinating and have just one person record the event, perhaps an older sibling who really doesn’t want to be there, and then really absorb the whole performance. Smile and wave at your kid, smile at other people’s kids. Giggle with other parents when that one kid picks their nose on stage. Then ask that one person who was recording to share the video with everyone and rewatch the performance with your kid.

Thank you to Vicki Larson of OMG Chronicles for tweeting the article 12 Things You Missed While You Were on Your Smartphone that inspired me to write this post.