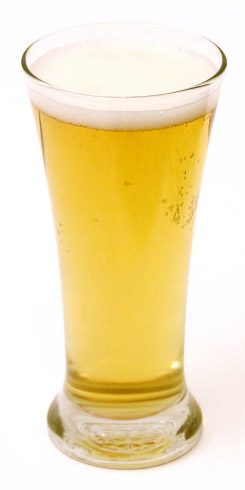 So I actually left Marin County and drove over the Golden Gate Bridge last night. Can you believe it? I know… it has been awhile. We met up with a group of our guy friends at the bar Toronado in the Lower Haight neighborhood.  (Why do guys always have to talk about sports?) Our friend suggested we try out this place because of their amazing selection of beer.  My favorite beer of all time is a White beer. I was introduced to Hoegaarden White beer when I was visiting Orange County, California. My sister and brother-in-law took me to Yard House in Costa Mesa, which also has a wonderful selection of beer. That was years ago and ever since then I’ve been on the search for White beer in the Bay Area. I finally found it! Toronado actually had at least 2 selections of White beer. Woohoo! I started with the tried-and-true Hoegaarden  and then decided to branch out and try something new. I ordered an Allagash White from Portland, Maine. YUMMY!

I found out Toronado regulars know about the sausage place next door. You can order a sausage and bring it to the bar to eat. Rosamunde Sausage Grill has everything from Bratwurst to Lamb to Duck to Vegan sausages and they are probably the best sausages I’ve ever had (and I’m not a big sausage fan) but these were tasty. And the sausage is served in an incredible tasting bun.

More information than you probably wanted to know:

when I was 16 years old at the Bratwurst stand. I had to wear a little t-shirt with a big Bratwurst across my chest. Totally humiliating, yet memorable summer job. Yep that is me (the dork) with the big Bratwurst. —->

3 thoughts on “Toronado and Bratwurst in San Francisco”