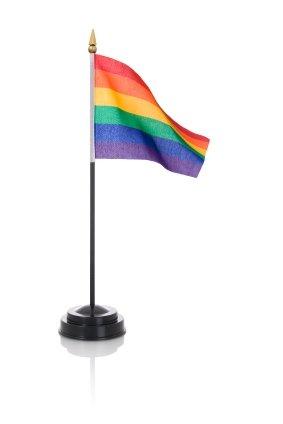 This whole Supreme Court hearing about Prop 8 and DOMA has left me feeling raw. I only listened to snippets of the hearings because the discussion upsets me so much.

I almost lost it with a representative from Chase bank today. I called to let them know I will be traveling out of the country in April and wanted to make sure they knew so we could use our ATM cards while we are out of the country. They would only let me notify for my ATM card, not Celia’s even though we are on the same account and married. I said, “Do you make every married couple call in separately to put a note on their accounts when traveling?” The mans voice started shaking and he said yes they did and he just went through this with a man and woman who were married and had to talk to each of them separately. At this point is when I realized I am feeling a little sensitive with MY marriage being discussed in the Supreme Court.

Yesterday, I did a speech at Toastmasters titled: I Have Trouble Answering Simple Questions. By simple questions, I mean questions like: Are you married? My voice trembled through the whole speech. I was mad at myself for not being able to hold my composure while speaking in front of a small group of people. Then I remembered the interview Oprah did with Ellen back in 1997 and I remembered Ellen’s voice was trembling when she spoke.

Then later in the day I spoke with a reporter from the MarinIJ about my opinion of the case. I tried to stay positive because I do appreciate how far we have come since I first came out of the closet in 1995 (2 years before Ellen!) but I am tired of waiting. I realize we are at the tipping point and this battle is almost over but I am SO tired of hearing the hurtful comments from religious leaders, politicians and the masses in general.

Can we just get over it and move on? Imagine if all those religious and political leaders who put so much money, time and energy in to trying to stop people like me from getting married, would have instead put that money, time and energy in to helping people get out of poverty, feeding hungry people, and offering love instead of judgment and hurt?

I don’t believe all people who were or are against same-sex marriage are bad, ignorant or mean. I have friends and family who voted for Prop 8 and believe marriage is between a man and a woman but at the same time they love and support my relationship with Celia. I do believe there has been a big mix of church and state and that is not how it is supposed to work.  There is supposed to be a separation of church and state.

I believe in change.  I believe the majority of people here in the US will soon understand that marriage equality is a civil rights issue and not a religious one.

Seeing most of my Facebook timeline turn red yesterday with support of marriage equality, I was moved. I even saw some of the red equal signs on profiles of people from the conservative Lutheran church I grew up in. This gives me hope. 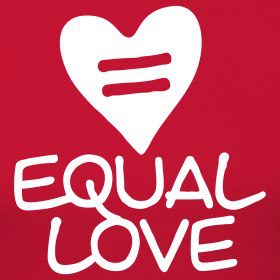 More things that gives me hope:

This blog post written by a self proclaimed Bible thumping Christian woman: Marriage Equality: I Can’t Be Switzerland Anymore

6 thoughts on “Supreme Court, Prop 8, DOMA and My Marriage”